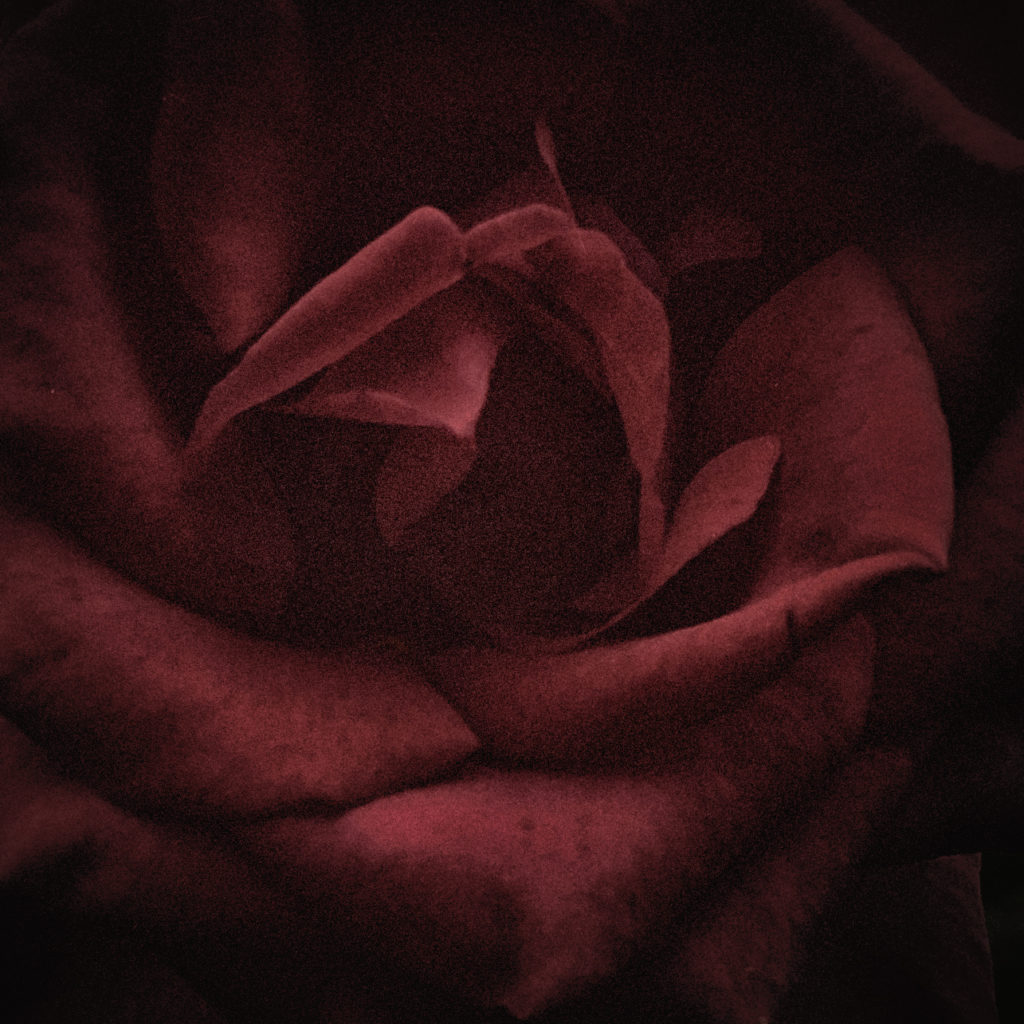 Top: The last rose of the season

It’s time again, to start putting away the garden for winter, and I thought you’d like to see how things turned out.

The herbs are inside now, except for a patchouli plant which mostly died, but in the drought we’ve been going through, unexpectedly came back. The others are looking a bit scraggly, but with a bit of care and a good trim, they should be alright.

I haven’t pulled up the valerian yet. To be honest, I never did use the root I pulled from last year, and I’m curious to see if I can keep one alive over the winter outside. And they do smell when you hang them to dry. Last year when it was hanging in the kitchen I was forever checking myself to see if I was the source of the wet dog stench, only to remember it was still hanging up.

The Echinacea plants are finished finally. They were quite robust the last few months. One grew to about four foot tall and during the hottest part of September, grew into the patio where it could get some shade. I trimmed the dead heads off which were almost coal black, and they make nice arrangements in the plethora of blue vases I have on hand. Dead things make great decorations.

I did manage a good half pint of St. John’s Wort this year, which isn’t bad considering only a few shoots remained after last year, where they’d unexpectedly spread into one of the garden beds. If they choose to, I’ll let them have the whole bed next year.

The new holly bush is staring to put out berries. The lady at the nursery who sold it to me looked like I had two heads when I wanted one with berries. She tried to convince me that the new ones, without berries were so much better. It’s obvious she has no druid in her.

I still haven’t given up on creating a hedge row from Copper Beeches, like you requested. I only found one nursery who would even try to get them. The fellow there asked to repeat myself, and I asked if he’d never heard of using it for a hedge. I wasn’t doubting you of course, but our climates are somewhat different. He said indeed he had, but not once since he’d lived in the midwest had anyone asked. Nor had anyone taken his suggestion to use them, so he was curious to find out where I came up with the idea. Unfortunately, they went out of business before he could place the order. And they were going to be pricey, about $150 each to be large enough to be planted on six foot centers.

The last blooming of the Brugmansia in the moon garden

I might still do it somehow, if I decide to stay here. I like the idea of enclosing the yard and blocking the world and becoming a hermit. On six foot centers he said about five years should fill it in nicely.

I had hoped not to be here next year, but fate is a fickle thing. It pulled me here and keeps me bound to the place. Some day I hope to be free of it, but to tell you the truth, at the moment there’s nowhere to go. So I’m settling in for a long winter.

The Brugmansia I thought was going to bloom once more. But the night time temperatures turned to chilly, and the new growth stopped. A jolt of plant food might have helped, but it looked as weary as I did. I wish it would have been in full bloom while you were here. After you left it managed to do it every month, the blooms spreading out over a week.

The night blooming Jasmine kept it up all summer. Last year was its first year here, and it only bloomed when I bought it, and at the end of the summer. This year it kept the house smelling nice till late September. I kept the door to M’s room open most of the time, as well as the front door, and the scent would fill up the front part of the house. I saved a fortune on incense.

I have to study up on wintering both Jessamine and Brugmansia. Last winter I took them into a darkish room and let the leaves drop. They snapped back when I brought them into the light this spring, with the exception of a few of the Brugmansia branches. I had trimmed both plants back, but not really a severe trim. Mainly to get them through the doors. The Brugmansia had small blooms as it does now, and I had half hoped it would bloom indoors. It just laughed at me and dropped its leaves.

But another season in their containers and they could end up root bound. So this is something to research. And in my stupidity, I lined the Jessamine container with a few inches of gravel. I do not relish the idea of pulling it into the house again. Especially as I was thinking of taking them to the basement. A higher chance of a fungus perhaps. But the two of them take up a good sized room.

The big surprise was the Moon Flowers and Scarlet Runner Beans I planted on trellises going up the front porch. The red flowers on the beans were a nice lead-in while the Moon Flowers filled in with leaves. Once the moon flowers started blooming I would have ten to fifteen a night, so for the first time really, sitting outside felt like a real moon garden. Or rather smelled like it. They mingled with the Jasmine, the Datura and an occasional whiff from the Brugmansia. They may all be poisons, but the smell of death turns out to be very intoxicating. And the moths were huge.

An unexpected benefit of the Moon Flowers on the porch was it blocked much of the late day sun, as the porch is on the west side of the house. As it warmed back up in September, that was a good thing. I believe it kept the temperature in here about five degrees cooler. With no air conditioning and temperatures in the nineties, five degrees makes all the difference in the world.

The Datura bloomed themselves to death. In place of blooms I now have all kinds of prickly seed pods, which I’ll gather up for next year. I did order Datura this year, but I’m thinking since I was volunteers last year from dropped seeds, I’ll likely be able to get them to come up this year. Especially if I concentrate the seed pods where I want them to come up.

But quite by surprise, I had three volunteer plants spring up in the back, one of which is still sputtering out blossoms.

The Magnolia tree is also covered in buds. But I’d imagine the winter will get to it first. It’s strange. If it wasn’t for frosts, I believe the damned thing would bloom four times a year.

I did sit on the porch long enough to catch sight of a couple of hummingbirds. With nobody spraying the rocks below for weeds, I had several sunflowers spring up from spilled birdseed. Another happy accident. And your roses are in bloom again, better than this summer even.

And of course, I have a healthy crop of weeds. Both of the back gardens have gone feral.  The Castor Bean plants by the pool, and the Tansy blocked the view of the mess. I have all winter to clear that out and start again, and perhaps even finally get rid of the rest of the poison ivy.

I’m glad you finally got your dose of that. I warned you it wasn’t nice, but you have to experience everything for yourself.

I’ll probably get rid of the pool eventually. That will let me expand that part of the garden so it’s not so crowded. I’d like to create something with the feel of the wild to it, something that feels more like foraging for witchy plants, and less like specimens.

If I could carry the garden over to the other side, and clean off the patio and repair the screens, then I think I could get a nice Steinbeck feel out there for a writing spot. There’s a desk in the building behind it. All I need is a typewriter, a bottle of rye and a pistol.  I’ve got ivy started in front of the patio, trying to get it long enough to train up the screen frames. And of course that mass of vegetation 20 foot tall off to the side. That just leaves covering the pool fence and come up with an arch over the door.

Pole Beans. They have tons of leaves and the benefit of beans as well. That could work for a season or two, while a permanent covering makes its way up the walls. With the pool gone … well the first year I could do a forest of Castor Bean plants and call it a day even.

I accidentally chopped the watermelon vine with the weed eater. Pardon me, strimmer.  I came up with one pumpkin. I broke the stem off when I picked it, but it’s a nice one. A Cinderella Pumpkin, like her coach. It’s about all I got from the garden part of the garden after you left, though the Mexican Sunflowers did well.  The apples did too, though mainly they were on the tree that is so crooked it’s almost laying on the ground. I’d have one a day, and the kids who cut through the yard pretty much cleaned it out. Better that I suppose than picking my poison berries.

One of the Hydrangea bushes is still blooming. I remember how much you love those. I know mom didn’t know that when she planted hers, and I didn’t when I planted mine. I loved the way that turned out.

I also found one squash today, the ones I planted for you to have when you were here this summer. It was only two months late, no idea why. I’d never tried to grow squash before. But it got a last minute growth spurt I suppose.

I managed a single pumpkin and a single squash. A cool August and hot September caused late blooming.

I’ve got Castor Bean plants all over the yard it seems. I pulled up countless plants as they came up, but some were pretty unique and I spared them. The leaves this year were huge, three feet wide on some of them, with long shoots of seed pods. The tallest looks to be about ten feet tall. I keep waiting for the police to mistake them for Marijuana and raid the place. I could use the entertainment.

The Castor Beans were all volunteers this year. The stalks grew as thick as a forearm, the leaves sometimes topped three feet.

I always wanted ferns in the house. I’d prefer a Christmas tree, but the damn thing mocks me now, so perhaps I’ll be satisfied with living flora rather than imitation, and decorate the stairs instead. This will be the first Christmas without a family in this house in 54 years I think. Perhaps it would be a good time to head south. New Orleans at Christmas could be a blessing.

Well that’s it from here. I’ll be out chopping things down the next few weeks, bringing the big plants inside and getting them ready for a transplant before they’re hopelessly root bound.

Till the day I see you again,