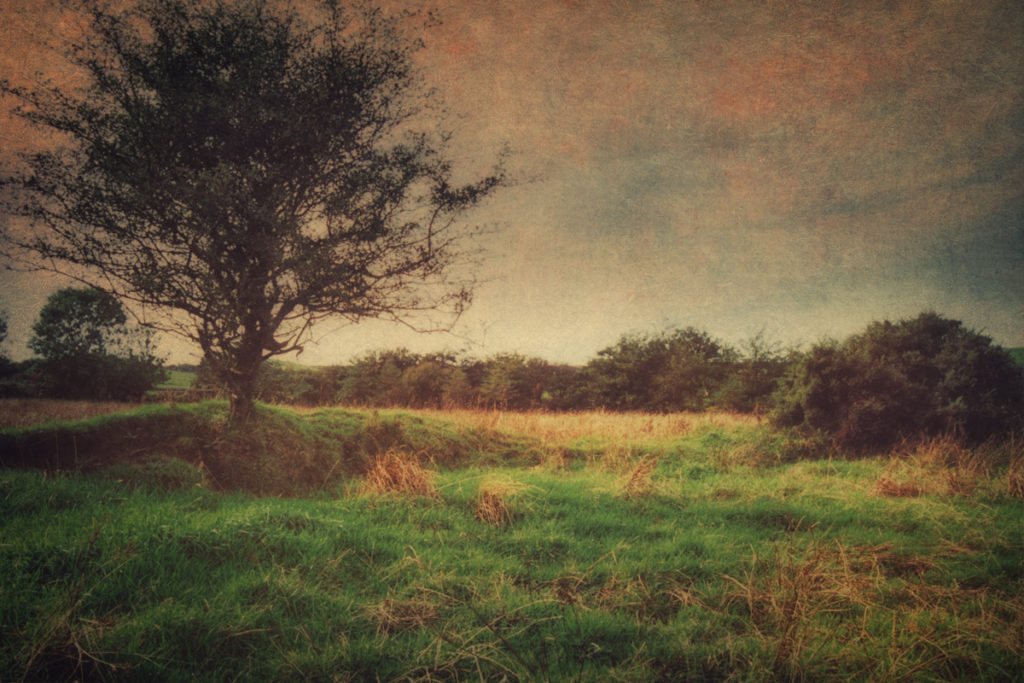 Fairy rings are circular, earthen dwelling structures of the early Christian age commonly associated with the fairies in Irish folklore. The following story refers to the faerie ring in the photo above, in the township of Tullyhorkey, county Donegal.

“There is a bush growing in our field, and it was always known as the fairy bush. Once a little girl was coming past this bush from the well with a can of water. She saw a little violin just the length of her own little hand and a bow beside it for playing it and both were as white as snow. She brought it home with her to show her father. She was going to try and play on it but her father stopped her and told her to bring it back and leave it where she found it. When she looked for it the next morning it was gone. At other times there were little pipes found at the same place, but only very small ones. The heads of the the pipes were only as small as my thimble.”

Collected from an elderly local informant by Caoimhin MacAoidh in “Betweeen the Jigs and Reels.”