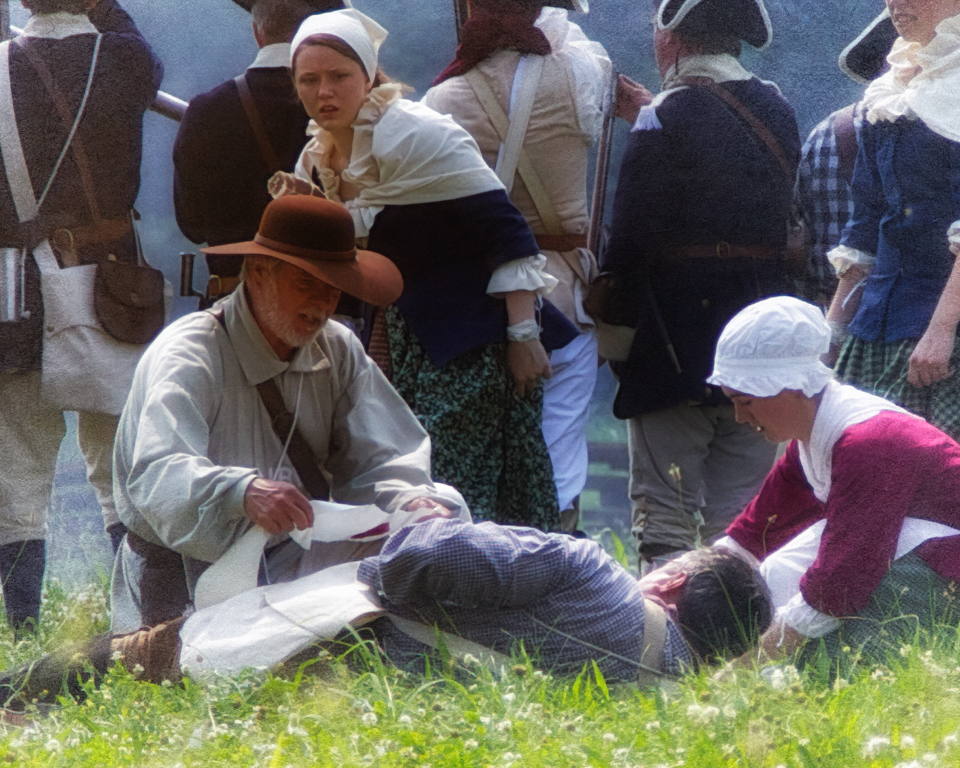 Who do we thank for our independence? Surely not the British for granting us self-rule under duress. Taxation without representation? We paid among the lowest taxes in the British empire, despite the disproportionately high costs of defending our safety. Jefferson, Addams, Franklin and the rest who signed the declaration? Curious that in this day of tea parties and general unrest that we would honor a group of men who in essence declared a war without giving representation to the people they were dragging into it (Had the actions of the Continental Congress – a cherry-picked group of mostly well-heeled, politically connected members of the wealthier classes – been under the scrutiny of the 24 hour news cycle, we surely never would have declared our independence). The soldiers? A ragtag group of citizen soldiers, described by the greatest military power of its day as terrorists (and in many cases, rightly so). An army which generally had its butt kicked up and down the east coast of this continent, which only managed to stay afloat by retreat and avoiding the fight. How about the French, a country which we in this country quite often regard as cowards, but let’s face it, handed us the victory at Yorktown on a silver platter (For the record, the French lost over 2,000,000 people in both world wars, out of a population of about 40,000,000. The U.S. lost a little over half a million out of over 130,000,000. The percentage of the French population who supported the Germans in WWII was far lower than the percentage of colonists who supported the British in the revolution). We couldn’t have done it without the Frogs. The media? How about Paul Revere’s famous print of the Boston Massacre – a deliberate distortion of the facts that would have made Fox News proud. The God of our founding fathers? Take Thomas Paine – “These are the times that try men’s souls.” Believed that observation of nature, free-thinking and reason alone could prove the existence of a supreme being, without faith nor organized religion (or try these on for size … “The United States is in no sense founded upon the Christian doctrine,” – George Washington, “It does me no injury for my neighbor to say there are twenty gods or no god. It neither picks my pocket nor breaks my leg. I do not find in orthodox Christianity one redeeming feature,” Thomas Jefferson and finally honest Abe Lincoln “The Bible is not my book, and Christianity is not my religion. I could never give assent to the long, complicated statements of Christian dogma”). George Washington, the father of our country, a second-rate soldier prior to the revolution who made his fortune marrying a rich widow whom he never showed an excess of warmth and love, a slave-owner and member of the ruling elite, who derived his power from being a successful businessman. His great dream was to assume the trappings of an English gentleman

We’ve created a mythology about the founding of our nation (as all nations do), which when leaned upon heavily, collapses like a deck of cards and threatens to take us all along with it. There was no single ideal, no single truth, no single motive that we can point to and say “that’s what this country declared our independence to preserve). No single ideal is more American than any other, at least in reference to our birth.

In truth we owe a debt of gratitude to all of the above and countless others, not for what we wish they could have been, but for what they were. To understand the founding of our country, and the miracle that it truly was, requires seeing the people behind the myths. Human beings with all their faults, foibles, idealism and intelligence. They rose to the occasion and in many cases, far surpassed what would in most circumstances have been expected of them. The Declaration of Independence wasn’t signed as part of a grand, inspired by God plan for manifest destiny, nor did it grant us independence. They didn’t sign on to forge a new nation, but to protect their own states’ and private citizens’ rights first. Doubtless they knew that a new nation of sorts would be forged, but the details were to be hammered out years later, and fought about still to this day. It was a step along the way, a milestone in what we were to become. What we do with our independence – now as much as then – is still up to us.