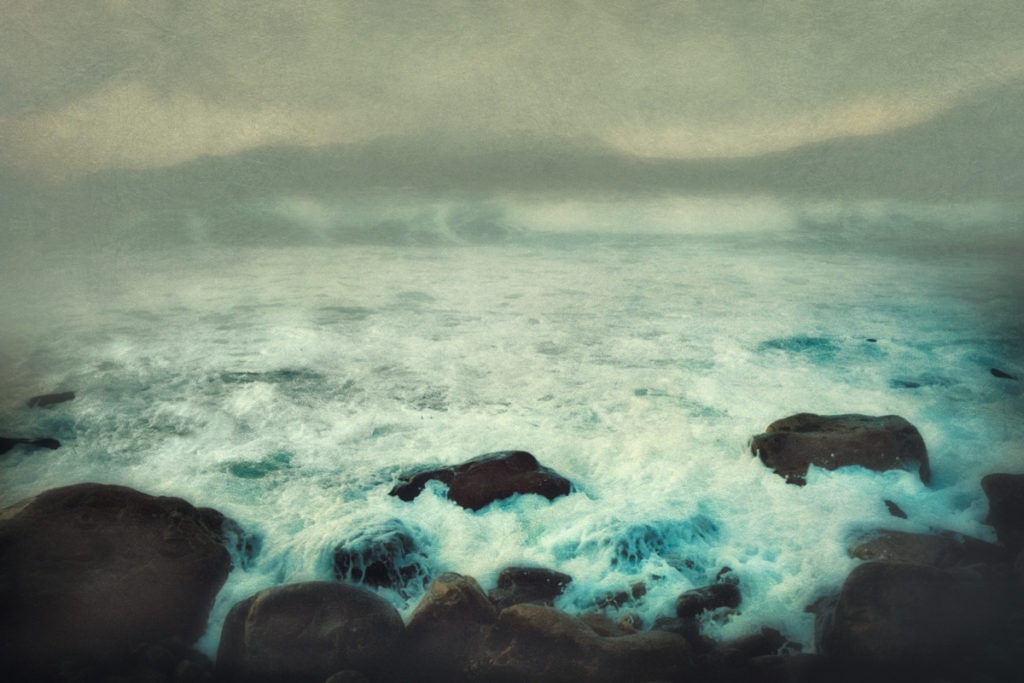 I once spent about a week hanging out with Caoimhin Mac Aoidh, noted Donegal fiddler and historian, particularly on all things Donegal fiddle.

He wrote about the tune Maighdean Mhara Mhullach Mhoir, or The Maid or more precise, The Mermaid of Mullaghmore.

I was driving up the coast of Donegal, on the way to the village of Teelin, which eventually we named our kid after. It was that kind of a trip, and I became quite familiar with the stretch of road between Killybegs, Kilcar and Teelin. The soundtrack for most of the trip was solo fiddle playing, by the Donegal masters. This was the tune that was playing when I finally decided to make a turn for the beach at Muckross Head, in hopes of catching the storm coming in.
It’s not the bay in question for the tune, though the captain of the fishing boat in the story was based in Teelin. But you still got a feel for what the ocean is like there, up close and personal. You can watch the riptides dance across the water, see the waves crashing into the rocks fifteen, twenty feet in the air. It’s not a very hospitable stretch of water to be in peril on.
This fishing captain in the tale kept hearing the song of a mermaid, and became enchanted. She was enamored with him as well, and despite the obvious difficulties in their anatomies, they pledged their love.
The mermaid told her father, who recognized true love at once. He knew she’d never be happy with life on the sea when she loved a mortal man from the shore. So he did what all loving fathers would do.
He decided the kill captain.
One afternoon as the captain was in the bay fishing, the mermaid’s father called up a great storm. The small boat was tossed this way and that. Some of the crew went overboard and the craft began to come apart.
The night before, the captain and the mermaid had secretly married each other. She had a premonition of danger, and had given her new husband a magic dagger. He was to use as his final hope on the sea, when all appeared to be lost.
The mermaid felt the sea rising with the storm. She went to her father who was nowhere to be found. So she set out for the bay to find her love and keep him safe.
When it was obvious all was lost, the desperate captain threw the dagger into sea, but held out little hope that it would work.
And yet it did. The sea calmed, and the captain turned his boat to the shore. As he did, he saw floating in the water, the body of his love, his dagger in her breast.
He never went to sea again.
Tweet
Share
0 Shares