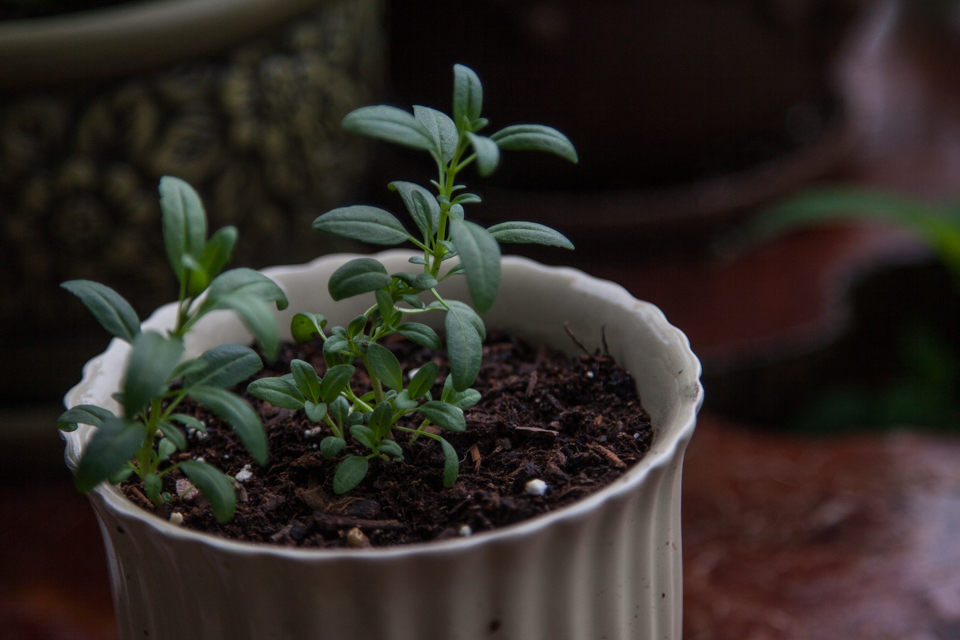 I think my success in gardening for the past three years (and I’m not about to claim great success mind you, at best about a 75% success rate which was a C when I went to school back), has to do with not knowing anything about it prior to taking it up. Not that I wasn’t around gardening. My parents and grandmother kept a large vegetable garden, lots of flowers and the like, but I never paid attention.

So now when I try to do something, I have to look it up. For my vegetable garden, I pick seed packs which contain a lot of information (Botanical Interests – I know, there’s a Monsanto connection but I don’t hate Monsanto as much as I like the seed packets. I’m fickle that way). I essentially stay with three books, and only turn to the internet when I can’t find something out any place else.

The exception is alchemy-works.com when it comes to seeds for my witch’s garden, or information about the plants that come from elsewhere. I’ve twice ordered seed from them, and I’m quite happy with their service.

The problem is, I suck at starting seeds indoors. I’ve tried with vegetables, and did manage to raise a half dozen incredibly twisted tomato plants last year. But none of my witchy plants or plants used for herbalism ever made it to the planting stage.

I thought it would be easy, as most of these are essentially weeds. Turns out it’s difficult growing European weeds in the midwestern United States. Perhaps not so hard growing them, but getting them started. We don’t have the snowpack during the winter months, and so we’re reduced to cold stratification, a nearly mystical process of trying to fool the seeds that they’re someplace in France using your refrigerator and a Serge Gainsbourg album. Or soaking seeds in paper towels, like we used to do with weed back in the seventies.

Actually that’s an apt comparison, as our weed always turned out to be too leggy, which is what happened with what few witch’s plants I managed to get to sprout.

But like the one in a billion sperm which managed to crash headlong into the egg, one wormswood seedling (Artemisia Absinthium) showed signs of being something more than my usual failure. I was like a parent too afraid of losing the sickly child to grow attached to it, I kept waiting for the decline and that awful moment, when you check the tender seedling in the morning only to find it laying there, dead. But no, it thrived.

Too paranoid to take it outside, I potted it in a six inch clay pot, and eventually moved it outside to harden off. Or would that be soften up when you take it from the air condition to the humid, Illinois summers? It managed to produce a pretty fair amount of vegetation, even though I didn’t get it in the ground till August.

Best of all, it was one of the only plants to make it through a cold, snowy, icy winter. I’m a proud parent.

Yes, I found out my problem, or one of my problems is not enough light. I’m working on that …